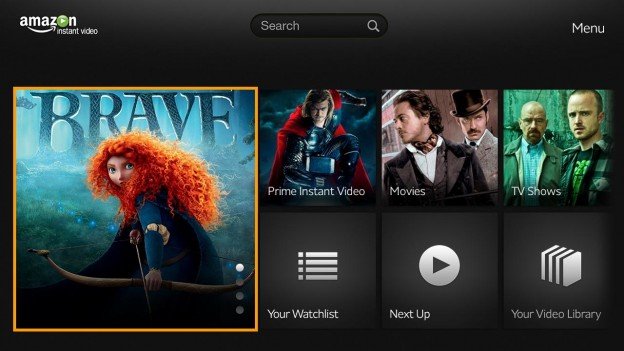 Do you know Amazon Prime Video has 4x times as many films available to stream than Netflix’s 4,563 and Hulu’s 6,656?

There are several sites designed to monitor streaming service titles and search that, Amazon had more films than Hulu and Netflix. According to the CNBC’ initial tally, Amazon Prime streaming has more titles compared to Netflix and that more of them had high ratings from viewers.

Previously, users of Amazon’s own Fire-branded Android devices allow to use Amazon’s Prime Video streaming service by downloading its content for offline viewing, however, today the company announced its expansion that offers privilege to all iOS and Android users.

Interestingly, users able to download both TVs & movies and such feature is also available on the Amazon Video app (for both iPhone and iPads). In the press release, Amazon makes a point of remarking is that they want to give competitive service like Netflix to its users.

The prime subscribers also get an advantage of this feature without bearing any extra cost. Initially, it is available for users, who are living in the Germany, US, UK, and Austria.

Amazon Video Application Has A lot of Features

“Our focus has shifted to provide great movies and TV series for our members that are exclusive to Netflix,” said the Chief Content Officer, Ted Sarandos.

How much does Amazon Prime Subscription Cost?

The Amazon Prime’s membership fee is $99 per year or $10.99 per month. Users get first 30 days of the annual subscription as free in that time phase, which they can cancel anytime.

However, students can get a price break. Their accounts are granted some of the Prime benefits, however, it is free for the first six months. After that, students will need a subscription of Prime account with 50% of discount.  Students can get free shipping during the six-month trial, however, they will not able to access streaming video and music or can’t borrow Kindle books. They will receive the full Prime advantages when they are choosing to subscribe at the discounted cost afterwards.

Popped Up Video App Idea Like Amazon Video App, It’s Time to Convert It into an App

If you are searching for the right partner, who convert your video app idea, then contact us, as we have developed many video applications for android and iOS. Before converting your idea, get android APK for amazon video app to know the exact functionality of an app. We don’t use the same source code to develop an application, we are developing an application from the scratch. You can see our portfolio and check our developed application.

How to Integrate Card.io to Create Credit Card Scanner App For Android

How to Supercharge Your Android Testing Using Espresso Test Framework