If you are thinking of creating iOS apps then probably you are well versed with the current duopoly of the iOS and Android platforms in the mobile app market. However that may not serve enough to make your mark with your iOS app development, you should also consider incorporating the following features in your iOS apps to make them stand out against their counterparts. 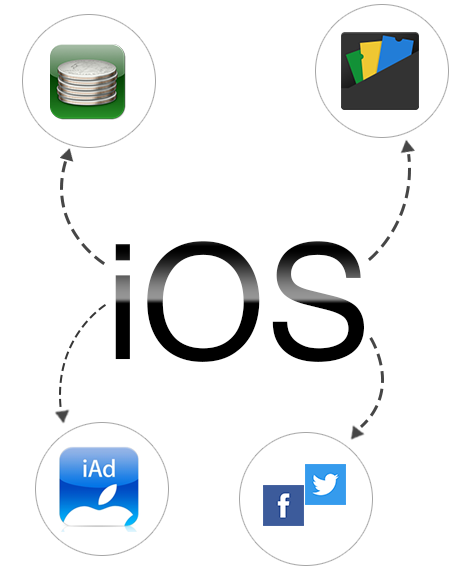 By the way, you must also make a note that Apple retains 30% of revenue earned through iAd. Same is true with In-App Purchase and very likely Passbook too. You can discuss the possibilities with your developer(s) for creating iOS apps with these features.

According to the Apple, the iAD App Network will be discontinued as of June 30, 2016, for developers. Advertising campaigns may continue to run and ad revenue can earn until the shutdown.

Apple is going to start phasing out is its iAd advertising network instead of having an ad sales business. This announcement was posted on the Apple’s developer website, after a few days of the report of BuzzFeed News that Apple plans to separate the division’s sales team because of poor adoption and minuscule revenue share.

Now, Apple is no longer accepting a new applications into the program, however, the current partners can continue existing campaigns and new campaigns can create using the iAd Workbench tool.

According to engadget.com, the whole iAD program is not shutting down. The thing is iAd App Network that enables developers to promote their apps through iADs, is going away.

Those people, who have an application on the part of the network, can continue making campaigns by using Apple’s iAd Workbench. But what happens on June 30th beyond this shutdown, no one has an idea.